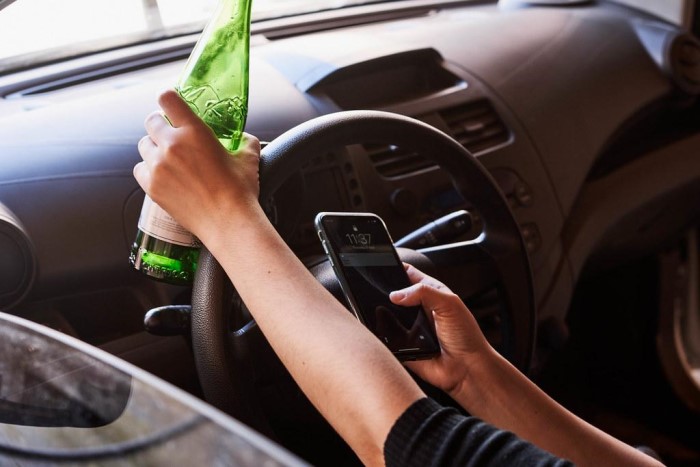 It’s not difficult to understand the risks of driving after drinking. Unfortunately, far too many people still drive while drunk. 9,967 individuals died in accidents involving drunk driving in 2015 alone, according to the National Highway Traffic Safety Administration.

The following 5 convincing reasons to not drink and drive.

Nobody enjoys the idea of going to jail, and for many individuals, the idea of being locked in a jail cell is difficult to imagine. But if you are found driving while intoxicated, you might end up in jail.

Additionally, you might spend more than a night or two in jail if you hit someone or damage property while driving after drinking. In fact, you risk doing a significant amount of time in prison if you cause a fatality.

2. Your Insurance Premiums Could Increase

Don’t be surprised if a DUI conviction raises your insurance rates if you get arrested for drinking and driving. This is so because a portion of insurance prices is determined by the risk you pose as a driver. A driver who is more likely to be in an accident must pay a higher insurance rate.

Your insurance provider will probably classify you as high risk if you are found guilty of driving under the influence or while impaired.

3. You could lose professional license and job

A conviction for driving while intoxicated is a serious enough crime in many professions to lead to dismissal from a job or the suspension of a professional license. This is considerably more likely if you hold a high-ranking post or work for a local or state government.

If doctors, nurses, lawyers, teachers, public figures, police officers found driving while drunk, they could lose their jobs or licenses.

4. You Want to Avoid Having a Criminal Record

If you are found guilty of drinking and driving, this information will show on your criminal record and might be seen by future employers and others who need to run a criminal background check.

The cost of defending against criminal accusations can be high, and your future options may be severely restricted.

5. You’re a Bad Example to Your Family

Drinking and driving a vehicle puts you and other drivers in danger, but it also sends a message to your loved ones that you find it okay to drive after drinking. By not upholding a safe standard for yourself, you are also sending a message to people closest to you that it is acceptable to consume alcohol and operate a motor vehicle.

Making it obvious that driving while intoxicated is not acceptable is crucial if you value the lives of your friends, family, and kids.

Avoiding these effects is as easy as saying “don’t drive after drinking.” We truly hope you never experience a drunk driving accident. Please get in touch with the legal team if you are injured in an accident with another driver.